Note : This site is not the official site of Bigg Boss. This is a fan based site, our motive is to provide you all the quality updates related to this show. No copyright infringement is intended, all the images and the updates are sourced from official site of bigg boss .
Archive for June 2015

Everything you need to know about Bigg boss season 9 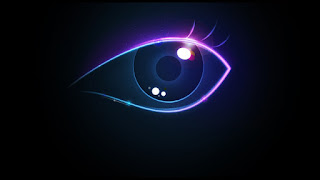 Bigg Boss 9 - Everyone waiting for this year most TRP rated show on television and it is Bigg Boss.

Bigg Boss 9 is one of the most talked about reality shows of Indian television due to its format and controversies. However, what makes the show extremely popular is its host- Salman Khan. Not only is Salman charismatic, popular and a hunk, he is also lively, humorous and entertaining. He brings life to the show. In fact, his one-liners and tiffs become the most talked about things of the show. However, last year when Salman announced that he might now host the show due to his busy show and alleged differences with the channel, his fans protested it. Since that announcement, many other leading names had begun to do the rounds. It was being said that Shah Rukh Khan, Ranbir Kapoor, Ranveer Singh and Hrithik Roshan were approached to host the new season of Bigg Boss. However, now it seems that Salman Khan might only do the show.This seasom he may or may not be the host of Bigg boss 9.


In Bigg Boss 9 there is competition between all the contestants will be kept in a house that is all alone from the rest of the world. Every partner will be nominating a person for discharging, and two people  will be nominated for discharge, show's fate will be decided through public voting. One of the contestants wins the show and the prize money is 50 . All the partner is very strongly noticing by a strange entity called Bigg Boss.

Still there is no finalization of any contestants for Bigg Boss 9 but very soon it will final and we will update here full profile of the everyone here. If you are the biggest fans of bigg boss 9 then you are at right place here we are going to update each and every news about the season. So, stay tuned with us.

Very soon Colors Tv is going to launch Bigg Boss 9 and most of the Channel is going to lose TRP because most of the TRP will take by Color tv. Most of the people are asking what to show in this reality show but this shows is biggest show of Indian television history and highest TRP maker.

Bigg Boss season 9 is going to be one of the best entertainment show ever.  For More Update about the news, contestants host names stay tuned here Bigg Boss 9 .
Subscribe to: Posts (Atom)